Winners of the 2019 97.7 HTZ FM Rock Search, Drop Top Alibi is following in the footsteps of previous winners such as The Glorious Sons, Monster Truck, The Standstills, My Darkest Days, Finger Eleven, The Trews, and many more established Canadian Rock Artists.

2020 will see Drop Top Alibi take their inspired live show on the road throughout 2020 as they tour in support of successive “single” releases throughout the year.

The first track was released on February 3rd is “Take It All In Stride”, produced by five time Juno award winning and Grammy nominated Producer and Song Writer Michael Hanson (Formerly of Glass Tiger), announcing the start of great things to come 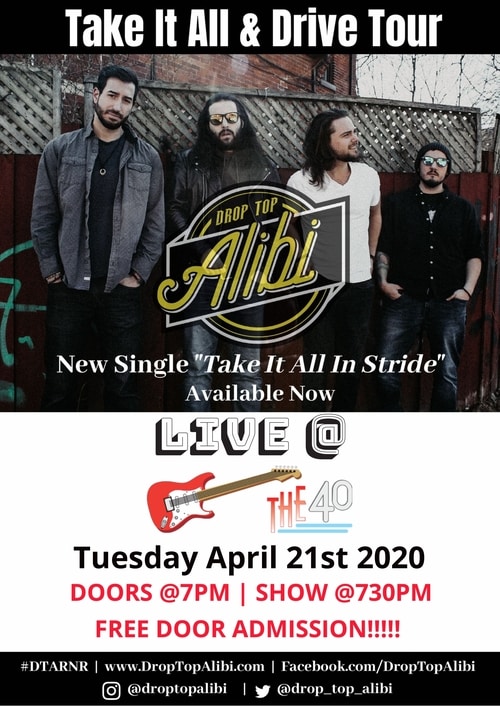